Thank you for supporting India's largest youth representation movement. All of the initiatives we've undertaken have been made possible by young changemakers like you, and we’d like to personally thank you for joining us as we embark on the next phase of our movement for youth rights.


Our work doesn't end here -- share the petition and reach out to us so that we can bring this message to your institution. We believe in young people’s potential to be leaders and take initiative and accountability for their work, which will be at the heart of our engagement with you! If you’re as excited about our work as us, why not follow along our journey on social media?

If you think that you or your friends would be interested in joining our movement and volunteering with us, you can register your interest here! 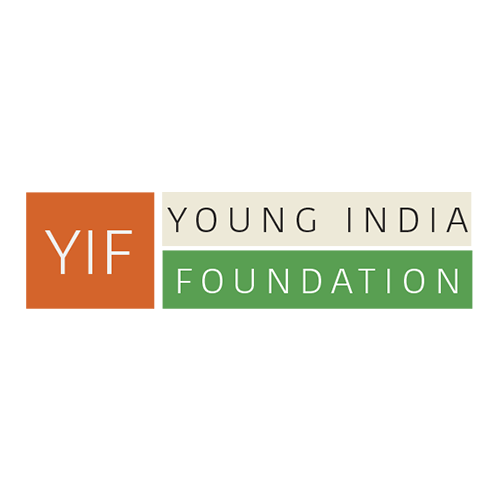 67 crore people in India are below the age of 30—a youth population twice the size of the entire population of the United States. With one of the largest youth demographics in the world, India faces a unique challenge: the stagnation of its political bodies due to heavy barriers to political candidacy.With no scientific or constitutional basis for making the nation’s age of candidacy as high as it is, we pose the question: Why 25?


With no scientific or constitutional basis for making the nation’s age of candidacy as high as it is, we pose the question: Why 25?

There exists a stark gap between the median age of India’s population, and that of its political representatives.

While more than half of the country’s population is below the age of 30, none of their political representatives hail from the same age bracket.


While India’s youth continues to drive the nation’s economic growth, they are given no representation in its economic decision making.

India ranks 122 out of 181 countries on the Youth Development Index. This is indicative of the lack of concern for the youth’s education, employment, health, equality and inclusion, peace and security, and political and civic participation.

Even when other nations have older populations, they enable the participation of younger members in their political processes.

LOWERING THE AGE OF CANDIDACY IS A DEMOCRATIC IMPERATIVE.

HERE’S HOW WE’RE GOING TO DO IT.

Through interactive workshops, engaging teach-ins, and active mobilisation in schools, college campuses, corporates, as well as grassroots bodies in India, we shall work with our campaign partners as well as India’s civic society to build momentum for a constitutional amendment.

We need to show those in power that the call to reduce the age of candidacy is a loud one—with a goal of 2.5 million signatures, we want to present the Why25 petition to key stakeholders who can turn our voices into real change.

We aim to work with politicians, bureaucrats, lawyers, and public representatives across the political spectrum. The need to make Indian politics more accessible for the youth is a bipartisan concern, and we shall actively coalesce a variety of individuals and institutions to ensure that this constitutional amendment has the backing of the masses.

Young people's exclusion from the nation's political processes results in political inertia. Here are just some of the problems that arise as a result of the lack of young people’s representation in the parliament:

Progressive concerns are sidelined. Young people's chief concerns greatly overlap with urgent policy reforms, such as education, the economy, technology, and environmentalism. The absence of their voices prevents immediate issues from being holistically discussed by those made to bear their greatest consequences.

Politics is deeply mystified. When a demographic this significant in number is excluded from institutional politics, there is a lack of investment in the subject as an everyday practice.

Politics is seen as futile. When the only political channels available to the youth are those of extra-institutional means (such as protests), political decision-making is perceived as an ineffective solution for major issues.

Accountability is limited. When those who hold key offices in politics do not consider young people as a distinct and vital political demographic, the democratic contract is fractured—the youth electorate is consistently disenfranchised.

A lack of trust grows between young people and political institutions. Young people do not see themselves, their aspirations, demands, concerns, and identities reflected in their elected representatives, causing them to disengage from political practices. The absence of a participative polity result in political decisions that do not reflect the pulse of the nation as a whole.

Take it from the UNDP’s Good Practice Guide on Enhancing Youth Political Participation: “With limited opportunities and exposure to meaningfully participate in inclusive decision-making processes, young men and women feel excluded and marginalised in their societies and communities. The need for participatory structures and greater trust between youth and institutions and for greater capacity development is also stressed.”

Yes! Sharing the petition across your social platforms and personal networks would prove to be instrumental to growing consensus for our goal. You can do this using our templates, or through expressing your own cause behind joining this movement.

You can also become part of our public campaign through inviting us to host a workshop at your school, college, or institution of employment—simply fill this form and we’ll get back to you within 3 days.

We would love to have you join the team to expand our ongoing initiatives and drive forward the national movement for youth rights and representation. You can read about YIF’s projects on our website, and apply using this form.

A DEVELOPMENT THIS MASSIVE
ISN’T POSSIBLE
WITHOUT YOUR VOICES.

Sign the Why25 Petition today—and join the  35529  voices who believe that it is high time we bridge the gap between the nation and its political representatives.